Try the freshest organic olive oil from a

veteran owned company you can trust! FRESH (We only sell the current harvest)

Delivered from producer to your door, no middle men

But founder and CEO of Kasandrinos Olive oil has always had olive oil pulsing through his veins. Tonys father immigrated to the USA in the late 60s with a dream of opportunity and to make for a better like. He ended up opening a Greek dinner (Yes, that what most Greeks did back then)

Siblings Tony and Effi grew up in the restaurant industry since they were little kids while visiting Greece in the summers to spend time with their grandparents.

When it when they reached their teens Tony wanted to serve his nation and then go into the family business. Then 9/11 happened and everything changed. Tony decided to make a career of the Marine Corps.

When Tony was on recruiting duty, he would go back home when he could to visit his family. One time he brought some of the family olive oil back with him 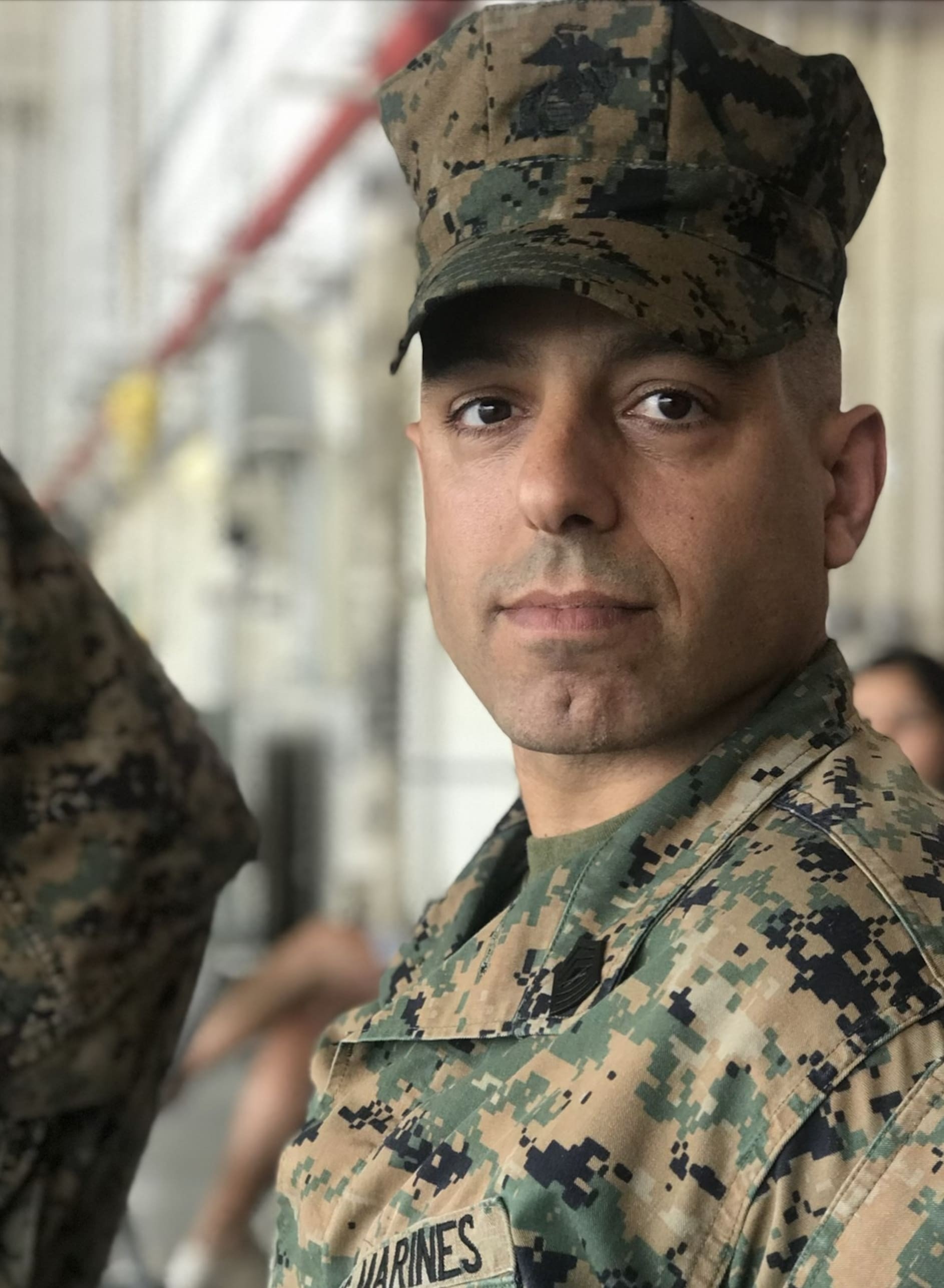 The Kasandrinos family has been making extra virgin olive oil from some of the most antioxidant-rich olives on the planet for generations.

We invite you to taste the difference fresh olive oil makes. We would love to share our time honored traditions with you. When we share our olive oil with you, we are sharing Greece with you! We make our single-source olive oil the same way our ancestors did: handpicked from old world trees pressed in small batches. Here’s how Kasandrinos is different. 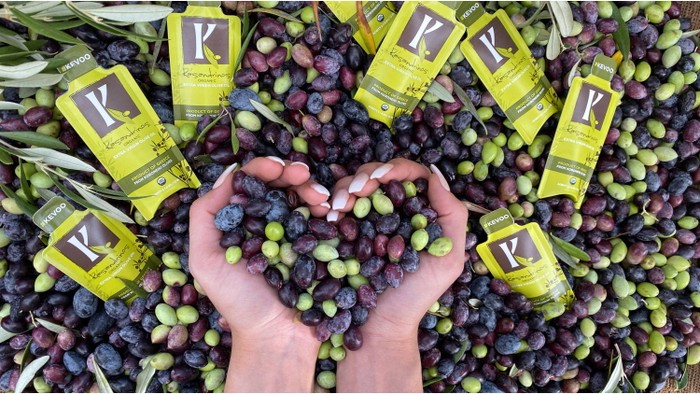 The quality of any olive oil starts on the tree. Most of our trees are hundreds of years old, which means more flavorful, nutrient-dense fruit. Only USDA Organic Koroneiki and Athinolia olives are used. 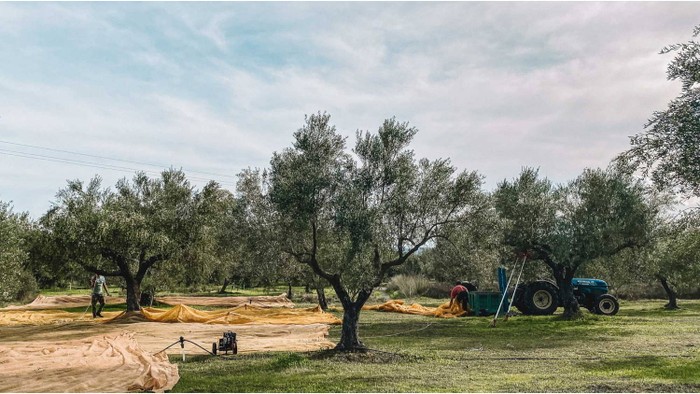 With Kasandrinos, you’ll always know exactly when and where your olive oil was made. That means better tasting, nutrient-dense oil for you and your family. Our Kasandrinos is PGI (Protected Geographic Indicator) Certified. 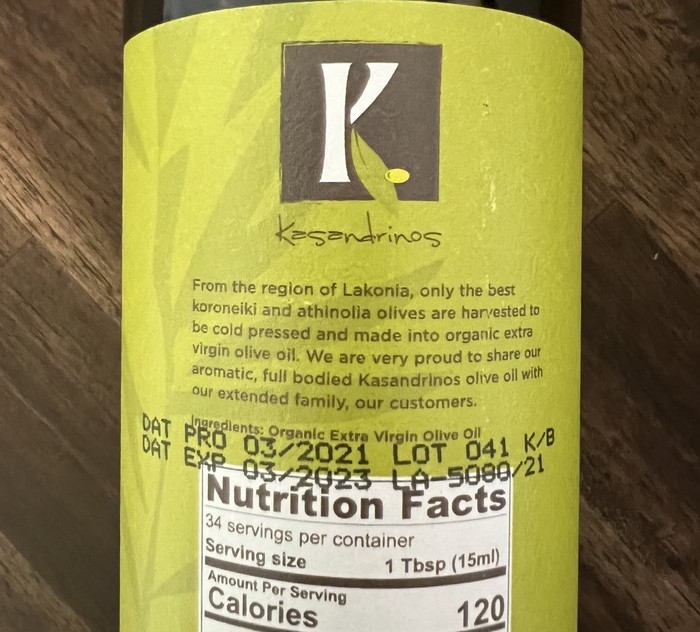 We only sell olive oil from this year’s harvest or first cold pressed olive oil to maintain freshness, taste, and a high antioxidant profile in every bottle. Every bottle has a harvest date, production date, lot number and 24 month expression date printed on every label. 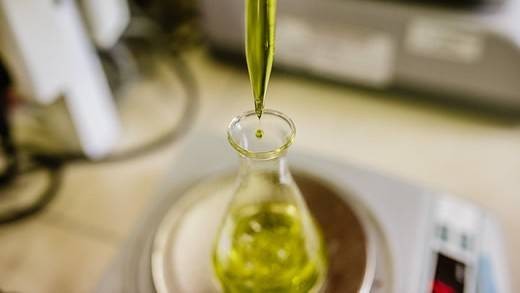 Every batch of Kasandrinos olive oil gets tested at two independent 3rd party labs, one in the EU and another in the US.

KASANDRINOS: BRINGING A TASTE OF

GREECE TO THE WORLD

You deserve incredible olive oil. Oil from olives soaked in the Grecian sun for months and picked by hand with care. Oil from organic, non-GMO olives, pressed in small batches for taste and freshness… not for mass production.

For us, olive oil isn’t just a heart-healthy kitchen essential. Every bottle of Kasandrinos olive oil is a piece of our homeland, made with economic stability, environmental sustainability, and your health in mind. 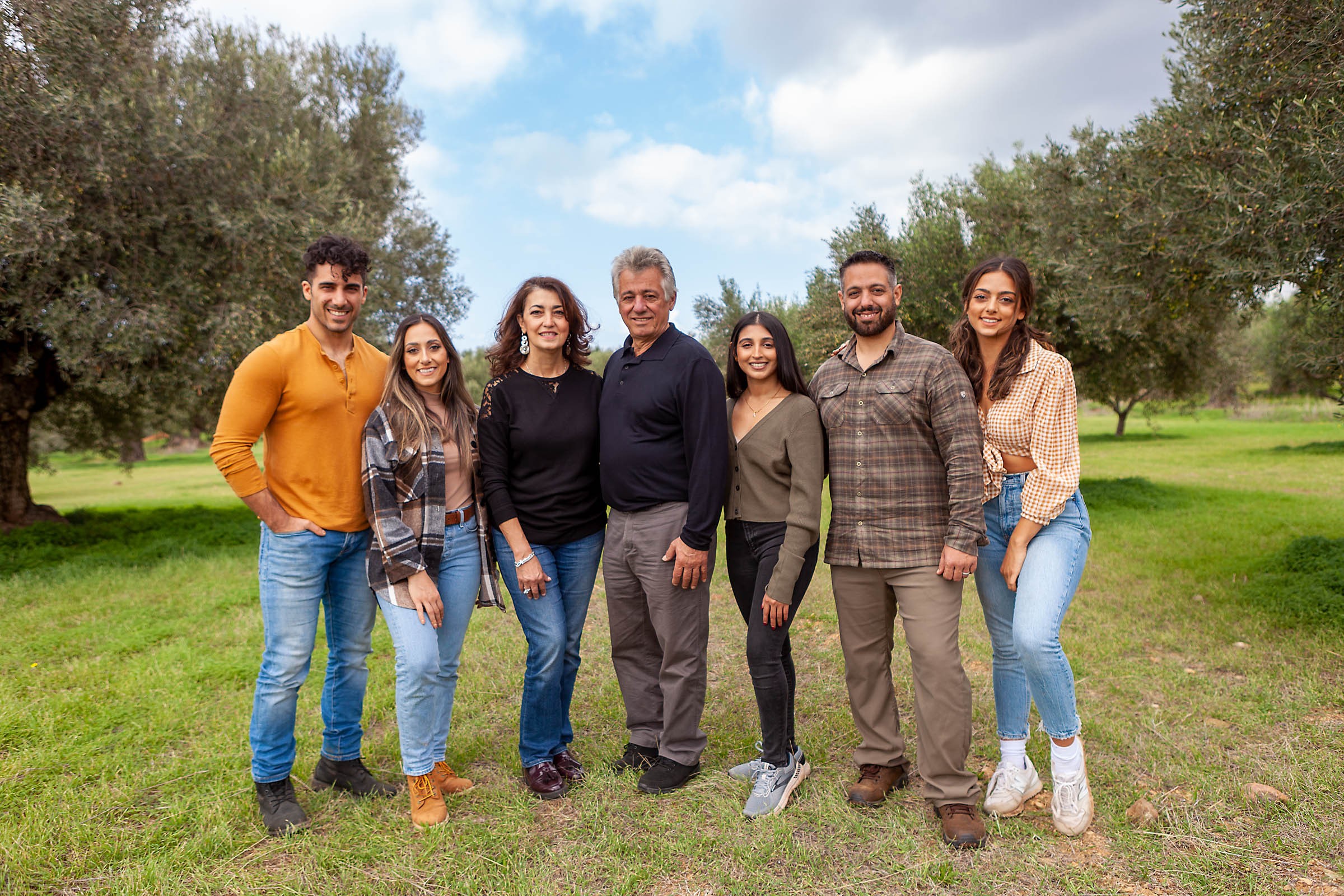 Cooking with the best

Great meals cannot be great without the best ingredients.

We love people who take pride in what they cook and share the way we take pride in our time honored tradition of producing and sharing the worlds best olive oil.

INTRODUCING THE BEST OLIVE OIL TO THE

Theres a reason why leading nutritionists like George Lockhart fuel their world class athletes with a foundation in fresh, organic Kasandrinos Extra Virgin Olive Oil. If you want the best of the best..... try Kasandrinos 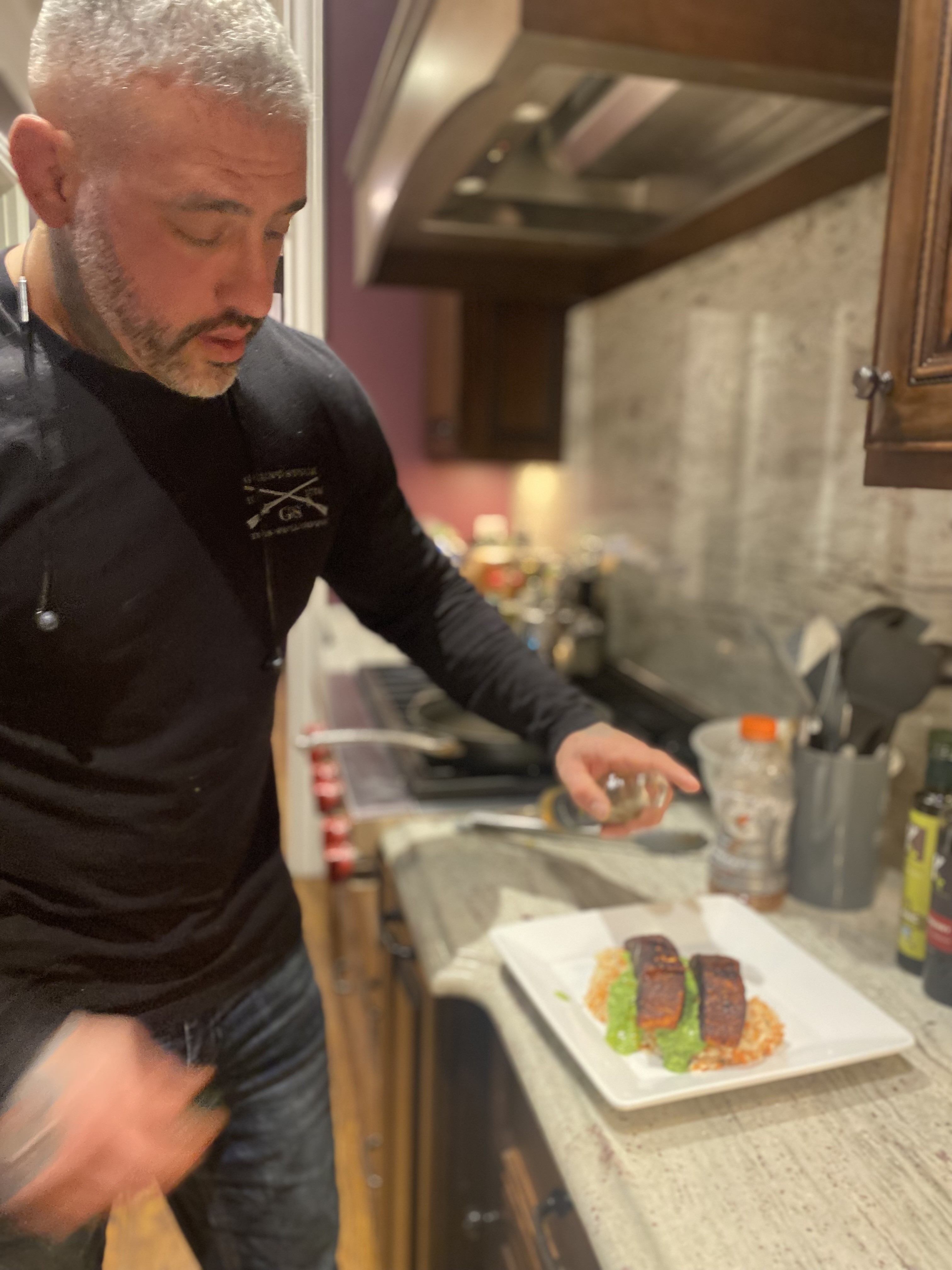 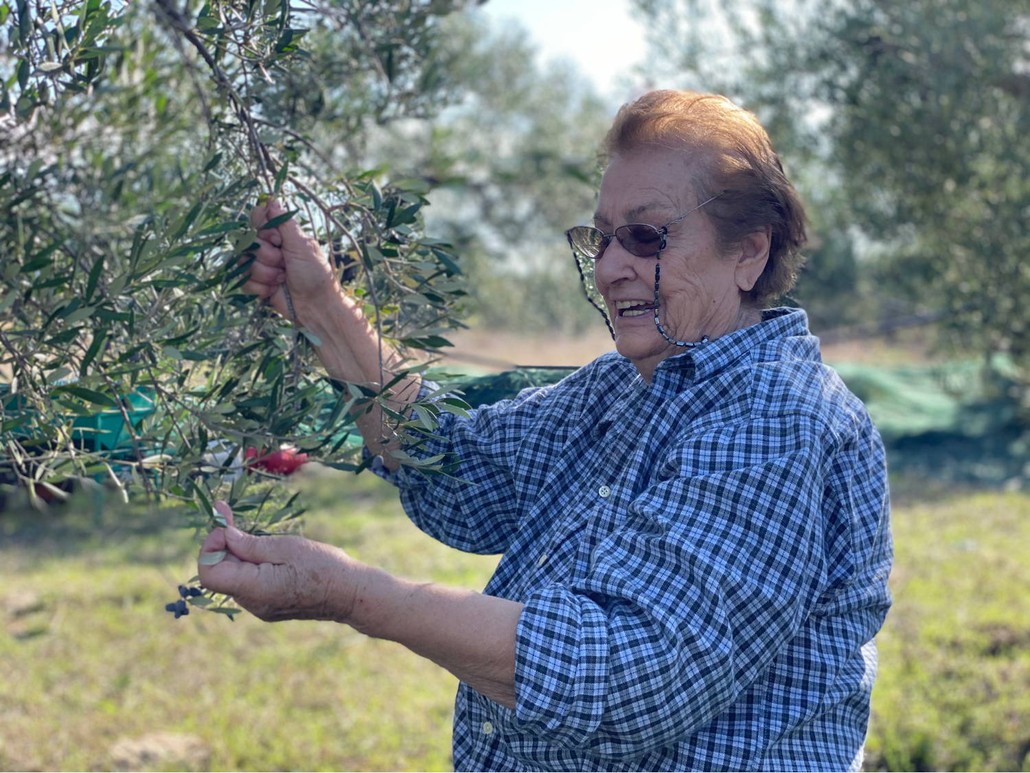 Olive oil has been a central part of the Kasandrinos family for generations. Kasandrinos babies are baptized with the oil from our family’s land. It’s so much a part of our lives that we never realized most people in the U.S. have been drizzling stale olive oil on their food for decades. In Greece, it’s customary to grow and press your own olive oil for extended family and friends. So, even after moving to the U.S., our family made sure to bring enough olive oil back to enjoy until the next trip back to our family home in Niata, Greece 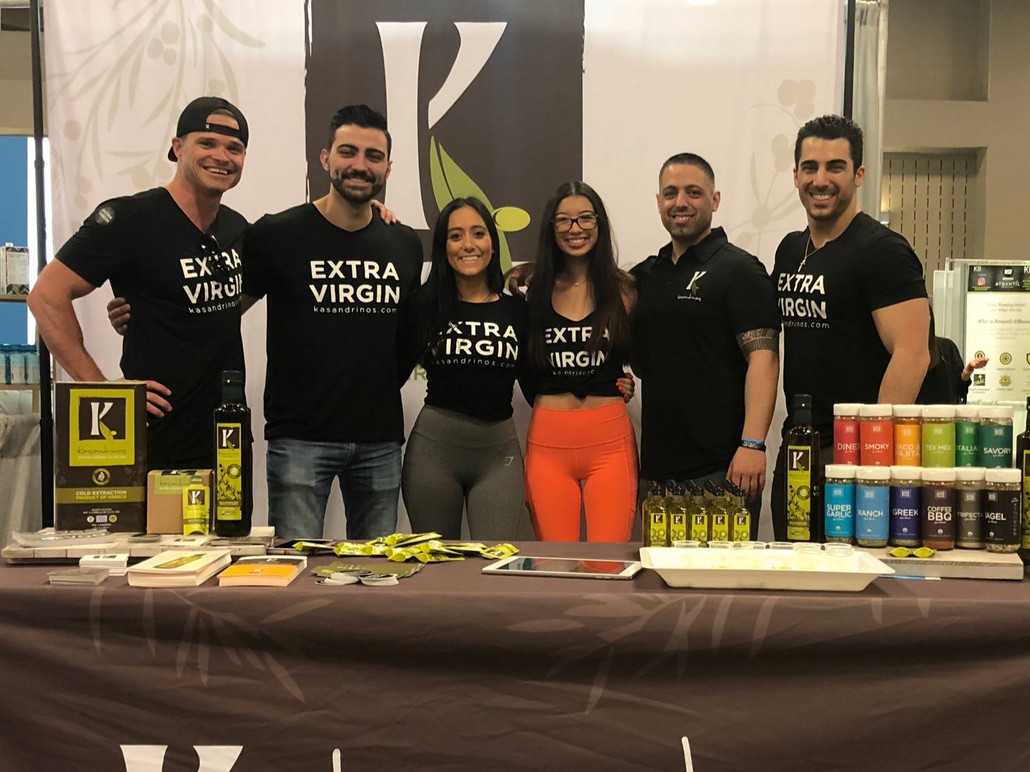 A GROWING COMMUNITY THATS NOT SLOWING

With Kasandrinos, we took a leap of faith that people stateside would care about the quality of their olive oil. And we were right. More and more health-enthusiasts and foodies started tasting and feeling the difference from our single-origin, small-batch, organic oil. Since then, the team has grown to include our cousin Efrosyni as the Creative Director. We’ve expanded to sell on Amazon. And we’re still proud to sell every bottle of olive oil and vinegar directly to you. No middleman. No bottles sitting on shelves for months. Just fresh, single-origin oil and vinegar, from our family to yours. 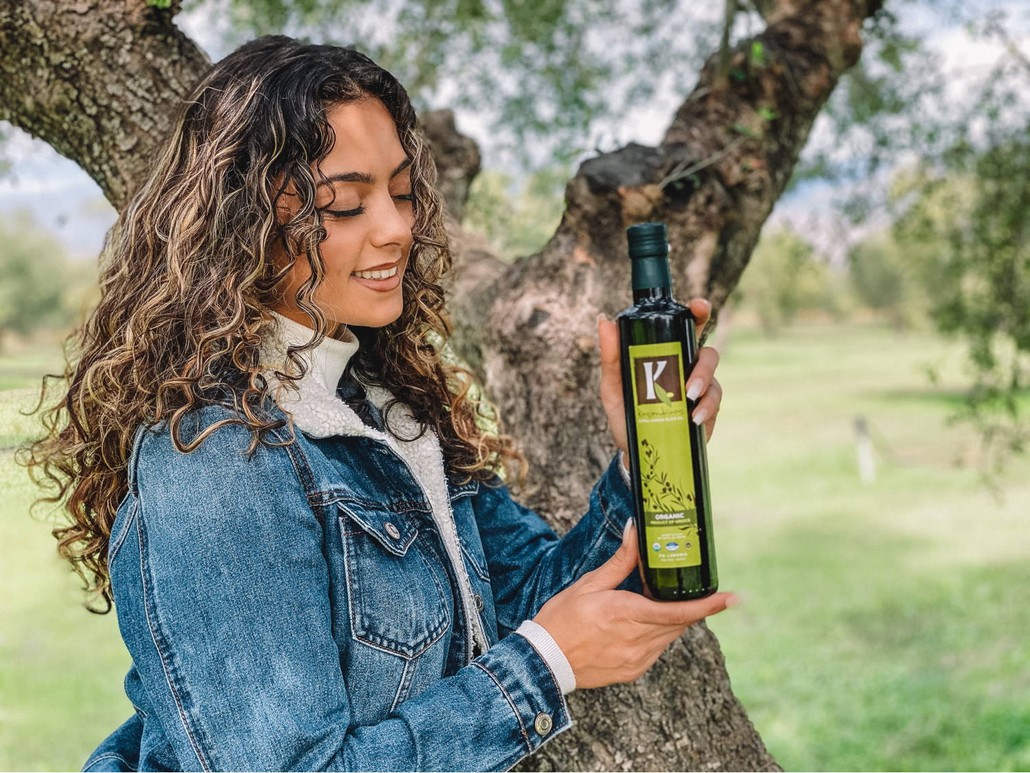 CULTURE AND TRADITION DELIVERED TO YOUR TABLE

The products we bring to your table are more than just food. They’re from the land our family has tended for generations. It’s the olive oil we were raised with. The foods that bring us together. We hope that you’ll taste the care that goes into every bottle. From hand-picking the olives to crushing, bottling, and shipping in a way that nurtures the land and the people who tend it. And most of all, we hope Kasandrinos can bring you a little bit of the country we love to your family’s table. 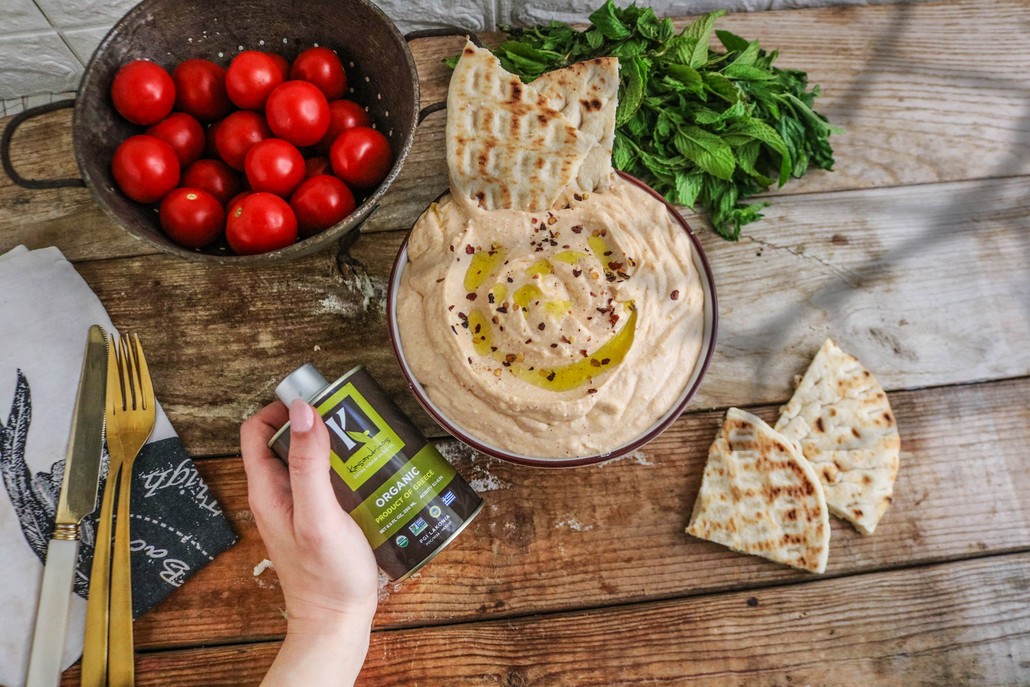 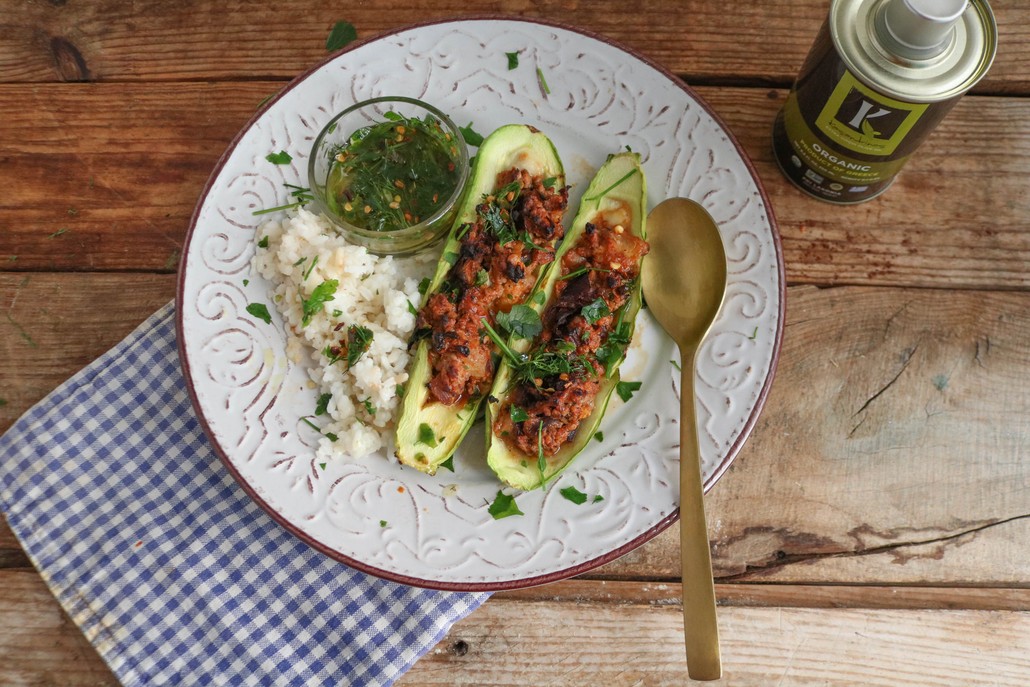 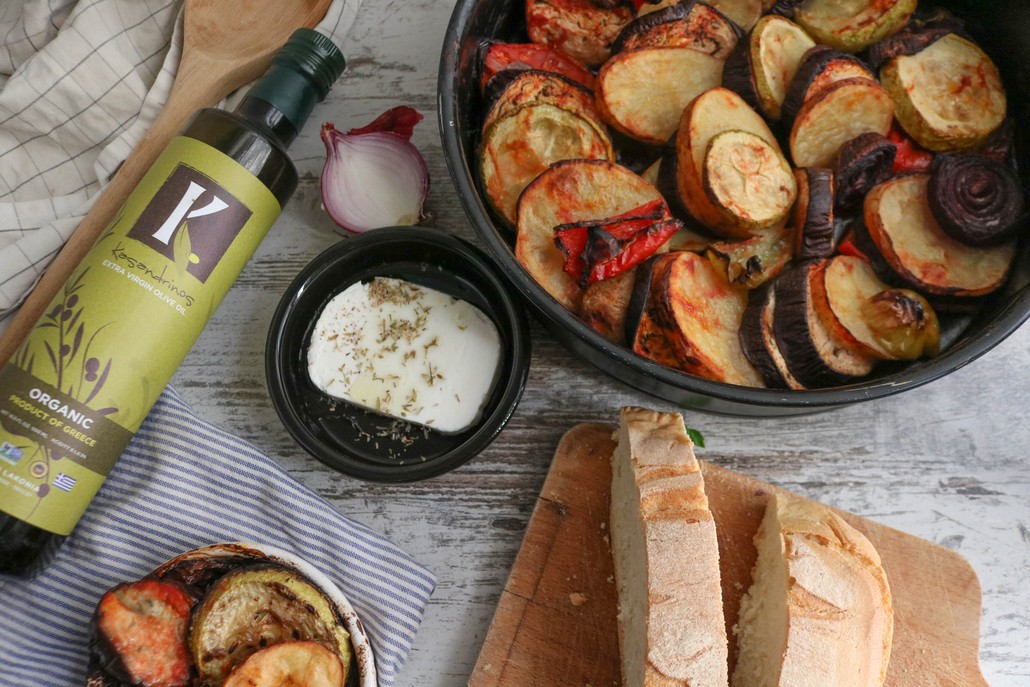 Subscriptions are 10% off recurring orders

*These statements have not been approved by the Food and Drug Administration. This product is not intended to diagnose, treat, cure, or prevent any disease.

We hope you LOVE everything Kasandrinos! So, if for any reason you are not satisfied with your purchase, please return it to us within 30 days of the original purchase date for an in-store credit or product exchange. You will be required to pay for your own shipping of all returned items. Unfortunately, we cannot reimburse you for any previously paid shipping charges.